The 92nd Academy Awards are here!!! Check out these piano movies! 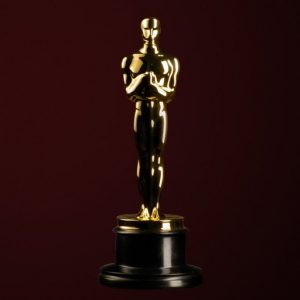 The 92nd Academy Academy Awards are finally here and wow, what a year for films! We can safely say that every single movie on the Best Picture list was exceptionally done and well worth a watch. These films include Once Upon a Time..In Hollywood, Jojo Rabbit, Joker, Ford v. Ferrari, Parasite, Marriage Story, 1917, Little Women, and The Irishman.

In honor of this special day in Hollywood, we’d like to present to you our list of Academy Award movies where the piano was prominent.

In this movie, none of the leads actually played their own piano.  https://www.abc.net.au/classic/read-and-watch/how-music-works/how-to-spot-fake-piano-playing-in-movies/11810618 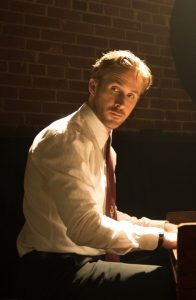 La La Land received a total of fourteen nominations, taking home six. Damien Chazelle became, at 32, the youngest winner for Best Director. Emma Stone won for Best Actor in a Leading Role, Linus Sandgren won for Best Cinematography, Justin Hurwitz won for Best Original Score along with Pasek & Paul for Original Song (they were also nominated for a second song). David and Sandy-Reynolds Wasco also won for Production Design. Other nominations include Best Picture, Best Actor in a Leading Role, Best Original Screenplay, Best Editing, Best Sound Editing, Best Costume Design, and Best Sound Mixing. All of the pianos for La La Land were chosen by the composer from Hollywood Piano rental inventory. Here is a link to him talking about this: https://youtu.be/BMyy6i-WG6M

Ryan Gosling also learned to play the piano for this role! 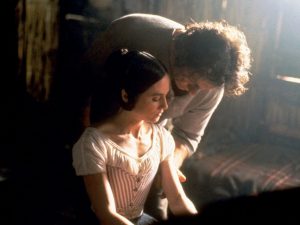 Holly Hunter did, in fact, play the piano in this film. 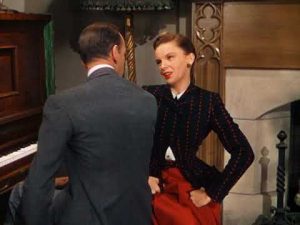 Easter Parade, the Judy Garland and Fred Astaire musical, won its only nomination at the Academy Awards; the Oscar for Best Original Score for composers Johnny Green and Roger Edens. The pianos that are seen in the movie were also supplied by Hollywood Piano. 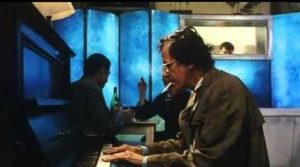 This film received seven nominations, including Best Picture, Best Actor in a Supporting Role, Best Director, Best Original Screenplay, Best Editing, and Best Original Score. However, the film left with one major award and that was Geoffrey Rush for Best Actor in a Leading Role for his work as David Helfgott, a prominent concert pianist with schizoaffective disorder.

In this film, Geoffrey Rush did not play the piano himself. 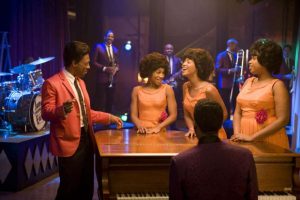 Dreamgirls took home two major awards.. One for Sound Mixing, and the other going to Jennifer Hudson for Best Actress in a Supporting Role. Dreamgirls was also nominated for Best Art Direction, Best Actor in a Supporting Role, Best Costume Design, and three Best Original Song nominations. Hollywood Piano supplied the pianos for this movie too. 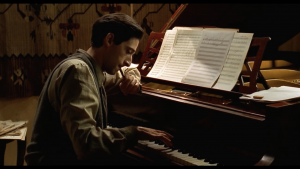 Adrien Brody currently holds the title as the youngest actor to win an Oscar for Best Actor in a Leading Role, which he won for The Pianist at 29. Although not present due to his fugitive status, Roman Polanski also won for Best Director. Ronald Harwood won for Best Adapted Screenplay, and the film received four other nominations; Best Picture, Best Cinematography, Best Costume Design, and Best Editing.

Adrian Brody did not actually learn/play the piano in this film. 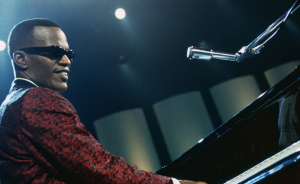 Jamie Foxx won Best Actor in a Leading Role for his performance as Ray Charles. The film also received an Academy Award for Best Sound Mixing. Other nominations include Best Picture, Best Director, Best Editing, and Best Costume Design. The pianos in this film were also provided by Hollywood Piano.

Although Jamie Foxx is indeed a player, the hand close-ups in this film are not him. 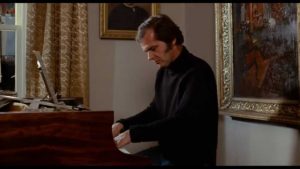 Nicholson took formal lessons in order to properly prepare for the role. 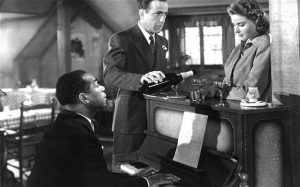 The character of Sam played on an upright provided by Hollywood Piano. 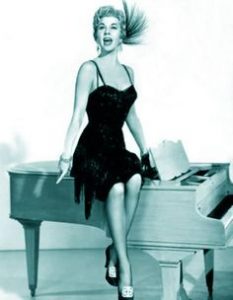 Love Me or Leave Me was nominated for six Academy Awards, taking home one. The film won the Oscar for Best Writing for a Motion Picture Story, a sub-category for writing that no longer exists today. The other nominations were for Best Actor, Best Original Screenplay, Best Sound Recording, Best Score, and Best Original Song.

The pianos seen in Love Me or Leave Me were supplied by Hollywood Piano.

All of these films have embraced the instrument cinematically, some being stories that depict it’s true artistic importance. We hope that you’ll give these films a watch AND that you’ll tune into the Academy Awards tonight at 5:00, PST where another film about pianos and a piano player, “Rocket Man” is up for some awards.