How Baldwin Piano Became One of the Most Legendary Piano Brands 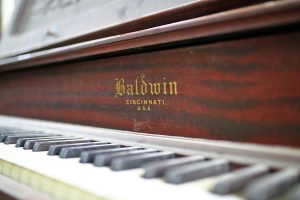 Baldwin pianos are world-renowned for their quality and unique sound. The company was founded in 1873 by Dwight Hamilton Baldwin and has since produced some of the most legendary pianos in history. From the Baldwin grand to the Baldwin baby grand, these instruments are known for their beautiful sound and well-made construction. Whether you’re a beginner or a seasoned pianist, there’s a Baldwin piano perfect for you.

In 1836, James L. Baldwin set up a small shop in New York City to build pianos. He soon became known for his high-quality instruments, which were favored by classical musicians and composers. Today, Baldwin Pianos are still considered some of the best in the world, and they can be found in piano stores around the globe.

Baldwin pianos have been played by some of the greatest classical musicians of all time. The list of famous performers who have played a Baldwin ranges from Vladimir Horowitz and Arthur Rubinstein to Lang Lang and Diana Krall. These pianos are also popular with students and beginner musicians because they are easy to play and produce a beautiful tone.

If you’re looking for a quality piano that will last for years, a Baldwin is a great option.

In 1885, Dwight Hamilton Baldwin opened a small piano store in Cincinnati, Ohio. Baldwin was a classically-trained musician and composer, and he used his store to teach and perform classical music. He also sold pianos and sheet music. Baldwin’s store became a popular gathering place for classical musicians and composers. Many of the greats—including George Gershwin and Sergei Rachmaninoff—played at Baldwin’s store.

The Early Years of Baldwin Piano

Baldwin pianos have been a staple in classical music and piano stores for many years. The company started out as a small business in Cincinnati, Ohio, and has since become one of the most popular brands of pianos in the world. Baldwin’s success can be attributed to their high-quality instruments, as well as their commitment to providing exceptional customer service.

One of the things that makes Baldwin pianos unique is their ability to create both classic and contemporary sounds. This versatility has made them a favorite among classical musicians and composers. In fact, some of the most renowned pieces of classical music were composed on a Baldwin piano.

Baldwin’s history stretches back over 130 years, and during that time they’ve built up an impressive list of achievements.

The Golden Age of Baldwin Piano

In the early 20th century, Baldwin was at the height of its success and produced some of the world’s best pianos.

In the early 20th century, Baldwin was at the height of its success. The company produced some of the world’s best pianos, which were used by classical musicians and composers. Baldwin also had a successful piano store, which was frequented by people who loved classical music and wanted to learn to play the piano. The company’s success is due in part to its focus on quality and innovation. Baldwin has always been committed to creating the best pianos possible, and its designers have continued to introduce new features over the years.

After World War II, Baldwin saw a decline in popularity. However, it has seen a resurgence in recent years.

In the 1940s and 1950s, Baldwin saw a decline in popularity. However, it has seen a resurgence in recent years. One reason for this is that classical music is being taught more in schools. In addition, there are now more piano stores, and people are buying more classical music CDs. This has helped to revive interest in classical music, and especially in Baldwin’s compositions. Some of the best-known classical musicians today are those who play Baldwin pianos. In addition, Baldwin has become popular with composers once again.

Baldwin pianos became one of the most legendary piano brands due to their high quality and craftsmanship. Today, Baldwin pianos are still highly sought after by musicians and collectors alike. If you are interested in purchasing a Baldwin piano, be sure to do your research first and contact us for more information.