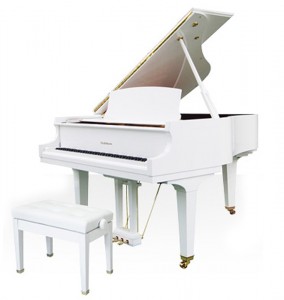 As one of the only authorized piano dealers in the Los Angeles and Orange County areas, Hollywood Piano has established a reputation for itself as the #1 Inland Empire Piano Store and showroom in the area. Having been a family-owned and operated piano store for decades, Hollywood Piano’s showroom has won numerous accolades and awards along the way.

Our clients make the drive because we offer what no other Piano Store can – Affordable Prices, a Large Selection and the Highest Rated Customer Service in the industry. Drive a little further for the quality you deserve!

With showrooms in both Pasadena and Burbank, we are one of the only authorized dealers that is legally able to buy, sell and repair some of the most sought after brands in the industry. We are the only authorized Inland Empire piano dealer for Ontario, Corona, Eastvale, Chino Hills, Rancho Cucamonga. We have a wide variety of pianos, including Mason & Hamlin Pianos, Hardman, Grotrian, Ritmuller, Baldwin.

Since 1928 Hollywood Piano’s Inland Empire Piano Store has been the source for all piano sales, piano rentals and piano services in the area.

Our showroom houses some of the most beautiful and elegantly handcrafted grand pianos in Southern California. Arguably, there is no single musical instrument in the world that commands the respect and carries prestige as much as the grand piano does. Some of the finest musicians in the world use grand pianos to perform and play with. While some piano fans may choose an upright piano for spaces considerations, the overwhelming majority of piano fans know you simply can’t do any better than a grand piano.

The idea of owning a grand piano is a dream many of us have, although for some, the biggest obstacle is simply finding enough room for one. If you are looking to purchase a grand piano, or even rent one, check out www.hollywoodpiano.com. The grand piano is one of the most celebrated and beloved instruments in all of music. These instruments provide a lifetime of enjoyment and pride to their owners and are often treasure family heirlooms that are never sold.

We welcome you to visit one of our showrooms to audition our pianos and see our wide selection of pianos first hand. Our customers make the drive because there simply aren’t piano showrooms like our any longer. Hollywood Piano is unique in that regard. As one of the only authorized piano dealers in Los Angeles, we take great pride in ensuring our selection is extensive and of the highest quality. Some of the Inland Empire Pianos we are authorized to sell are….

Baldwin Pianos -The Baldwin Piano is one of America’s most important and famous piano brands and is still designed, engineered and headquartered in the USA. For more than 150 years Baldwin has been known as America’s favorite piano. For good reason too because nearly everyone knows someone who has a Baldwin in their family. For residents of Los Angeles there is one solution when it comes to finding the best in Baldwin pianos, tuning, Baldwin piano accessories and related services. Hollywood Piano is also the authorized Baldwin piano dealer Inland Empire, Los Angeles County, Orange County, Ventura County and Canyon Country. 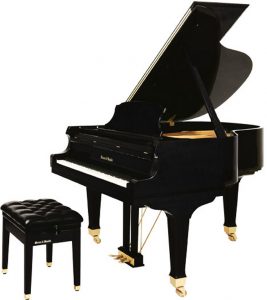 Hardman – The Hardman Peck piano was for many years the official piano of New York’s famed Metropolitan Opera. Hollywood Pianos love Hardman because of their extraordinary value. They are also well constructed pianos that hold up to hard use. We have countless Hardman pianos at our Los Angeles piano store that are in our rental pool and use them in the practice rooms of our teaching facility where we find them to be bullet proof.

Grotrian – Hollywood Piano’s Inland Empire Piano Store is proud to be the exclusive representative of Grotrian pianos in Southern California. Our goal at Hollywood Piano is to seek out the highest value piano brands in the world at each level. This is why we chose to represent Grotrian pianos at the prestige luxury level.  Certified 100% German Made.

Ritmuller – We invite you to come down and audition the amazing new Ritmuller pianos for yourself. The Ritmuller piano is offering performance and sound quality of pianos costing 2 to 3 times it’s price. There Is A New Pecking Order In Consumer Pianos And Ritmuller Is Near The Top. The Ritmuller piano tradition starts in 1795 in Germany where important piano innovations by Ritmuller became standard features in all pianos including the modern soundboard which produced the first pianos with a long sustaining tone.

The Hollywood Piano Showroom, in Los Angeles California, is truly one of the only places where you can buy, sell and play a wide selection of fine pianos from varying manufacturers

The larger grand pianos, also known as a concert grand, are considered to be the best sounding pianos in the world, mostly because they have the longest strings and the longer the strings, the more volume and projection of the sound. It is tough to say which sound is “better” than the other, it is safer to state that each sound is unique and each has their place in the world of music.

Not only are we the preferred Los Angeles Piano Store for professionals and novices alike, but we also are the #1 piano store choice for all of Los Angeles, Orange County, Ventura County, Canyon Country, Palmdale, Lancaster, Inland Empire, Ontario , Corona , Eastvale, Chino Hills, Rancho Cucamonga 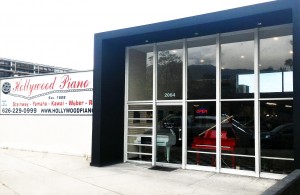