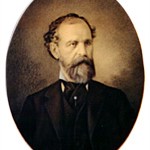 In 1854 two brilliant idealists, Henry Mason and Emmons Hamlin, founded the Mason & Hamlin Company in Boston, Massachusetts. Although their backgrounds and interests were very different, the two men shared a common goal: to make the world's finest musical instruments. Henry Mason was a member of one of America's oldest families—they were actually descendants of pilgrims who arrived on the Mayflower.

The Masons were renowned for their involvement in the arts. Henry Mason was a pianist and his brother, William, was one of America's foremost classical pianists and composers. Emmons Hamlin was not a musician, but instead a brilliant mechanic and inventor. Although the company was started with very little capital, the two owners were determined to make only the very best instruments, even if there were very few produced. Fortunately, the combination of limited production and great attention to detail paid off, and the company and its products were instantly successful and in great demand. Arthur Loesser summed up their success in his book, Men, Women and Pianos, A Social History: "Mason & Hamlin…soon became and remained the foremost in the field."Mason & Hamlin built its pianos with the very finest materials—slowly and meticulously, with great attention to even the smallest detail. Wisely, it also hired brilliant designers. Among them was Richard W. Gertz, a genius who contributed many innovations to the piano industry, including the Duplex Scale, screw stringer and the Tension Resonator, a remarkable device that was designed to maintain the crown of the soundboard for the life of a piano." 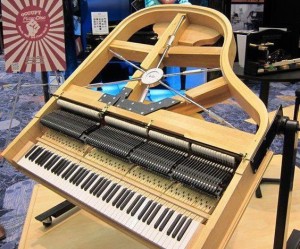 With Mason & Hamlin’s innovations, use of only the finest materials and expert craftsmanship, its pianos were and continue to be the America's costliest to produce and widely accepted as the world’s finest. By the turn of the century, the Golden Age of the Piano was in full force and the most illustrious concert artists of the day aligned themselves with piano manufacturers. Mason & Hamlin was at the forefront, and great virtuosos, including Sergei Rachmaninoff, endorsed Mason & Hamlin pianos. Sergei Rachmaninoff on his first American concert tour wrote his success was because of performing on his beloved Mason & Hamlin. 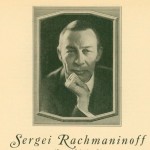 In 1909, Etude Magazine reported on Mason and Hamlin artist Harold Bauer, the only piano virtuoso who was originally a concert violinist. Although Bauer maintained his interest in the violin, he had such great technical ability as a pianist and such a remarkable gift for interpretation on the piano that it became his instrument and the brand he preferred was Mason & Hamlin, of which he wrote: “The Mason and Hamlin pianos represent the most perfect example of the piano maker’s art. They are the most supremely beautiful instruments that I know.” Bauer wasn’t alone in his love for Mason & Hamlin pianos. Composer Maurice Ravel chose Mason & Hamlin pianos for his first tour of America. Of them he said: “While preserving all the qualities of the percussion instrument, the Mason & Hamlin pianoforte also serves magnificently the composer’s concept by its extensive range in dynamics, as well as quality of tone. It is not short of being a small orchestra. In my opinion, the Mason & Hamlin is a real work of art.” 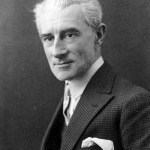 One of the world’s most famous violinists was the American Yehudi Menuhin. In 1924, at the age of 7, Menuhin made his public debut. The child prodigy astounded the classical world with his artistry, and in 1935 he undertook his first world tour playing in 73 cities in 13 countries. The Mason and Hamlin archives include many letters from Menuhin extolling the virtues of his Mason & Hamlin pianos: “Among all pianos none compares with the Mason & Hamlin in beauty and grace of tone, or in mellowness and softness and yet in bigness or in anything that a sensitive and, as it were, human piano should have. “ At one time. Menuhin had five Mason & Hamlin grand pianos in his West Coast home.

World War II brought the American piano industry to a halt, since basic piano building materials like iron had to be used for the war effort. Mason & Hamlin, like Baldwin and Steinway & Sons turned from making pianos to building wooden parts for airplane gliders. This continued until the end of the war. Beginning in 1945, Mason & Hamlin pianos were made in the Aeolian American plant in East Rochester, New York.

Mason & Hamlin Pianos - Better Than Ever

In 1996, one of the most successful businesses in the piano industry was PianoDisc, a manufacturer of computerized player systems for acoustic pianos. Gary and Kirk Burgett, PianoDisc’s owners, were longtime fans of Mason & Hamlin pianos. When they heard that the company was for sale, they acquired it. Today the company is headquartered in Haverhill, Massachusetts, not far from its original location in Boston, the birthplace of American piano design and manufacturing. Six floors of its busy factory are dedicated to handcrafting Mason & Hamlin pianos. The public is invited to see for themselves these legendary pianos being given birth during their weekly factory tours.  Within its walls, workforces of 70 highly skilled craftsmen complete every phase of production from rim-pressing to refining the finished product.  The company invites the public to tour the factory where they can observe every phase of the manufacturing process. Contact us if you'd like us to arrange a tour for you.

Just like Henry Mason and Emmons Hamlin, the Burgett brothers brought unique and diverse experience and interests to their partnership. Gary was a pianist and music educator, with a degree in piano performance. Kirk has had over 25 years of experience as a piano rebuilder and technician. He holds the prestigious rank of Certified 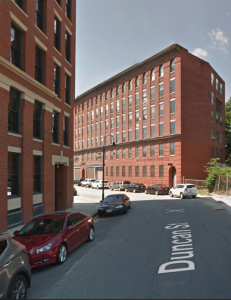 Tuning Examiner in the Piano Technicians Guild. Wisely, the Burgetts retained many important original features and designs (including Richard Gertz’s Tension Resonator), and by incorporating technological advances made in piano manufacturing during the last few decades, they not only recreated the Golden Age Mason & Hamlin pianos, but in many ways improved on them.

Attention to detail takes time, and Mason & Hamlin invests a great deal of time in every piano it makes. Before a Mason & Hamlin leaves the factory, it’s inspected no fewer than 12 times. Choosing quality over quantity, Mason & Hamlin limits its annual production to 50 uprights and 200 grand pianos.

Word spread quickly that the new Mason & Hamlin pianos had more in common with the old ones than their name. The new instruments received rave reviews in many music magazines and books. In his book The Piano, author John-Paul Williams wrote, “under new and committed ownership, every part of the company has been revitalized and, in 2002, Mason & Hamlin pianos are near-perfect reproductions of the very best early twentieth-century models.”

From a Downbeat magazine review: ”Mason & Hamlin’s Model BB Semi Concert grand plays with the consistency and response of the finest concert grand pianos.” In just a few short years, Mason & Hamlin pianos have returned to the concert stage, prestigious music schools, recording studios, conservatories and homes across America. History has indeed repeated itself and Mason & Hamlin is back—still the costliest piano to produce, still the choice of discriminating musicians and still the "world’s finest piano."

Since 1854 when Henry Mason and Emmons Hamlin joined forces to create a company with a single vision: to build the finest musical instruments in the world. Today, Mason & Hamlin hold true to that vision. The same standards of quality that were established one hundred and fifty years ago continue to guide a new generation of piano makers. Hollywood Piano is proud to be the exclusive Los Angeles, Orange County, and Ventura County representative for these one of a kind masterpieces. We invite you to come in and experience Mason & Hamlin pianos.

The Hollywood Piano Showroom is the #1 Mason & Hamlin dealer in the USA for 2015. We've been the exclusive Mason & Hamlin store in Los Angeles and continues to deliver quality Mason & Hamlin pianos to clients throughout the San Fernando Valley, Los Angeles, Burbank, Pasadena and Southern California. 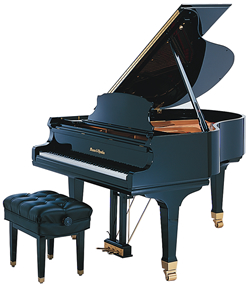 The Model B was designed for those who want the big Mason & Hamlin sound in a small package Model B Specifications:... Learn More 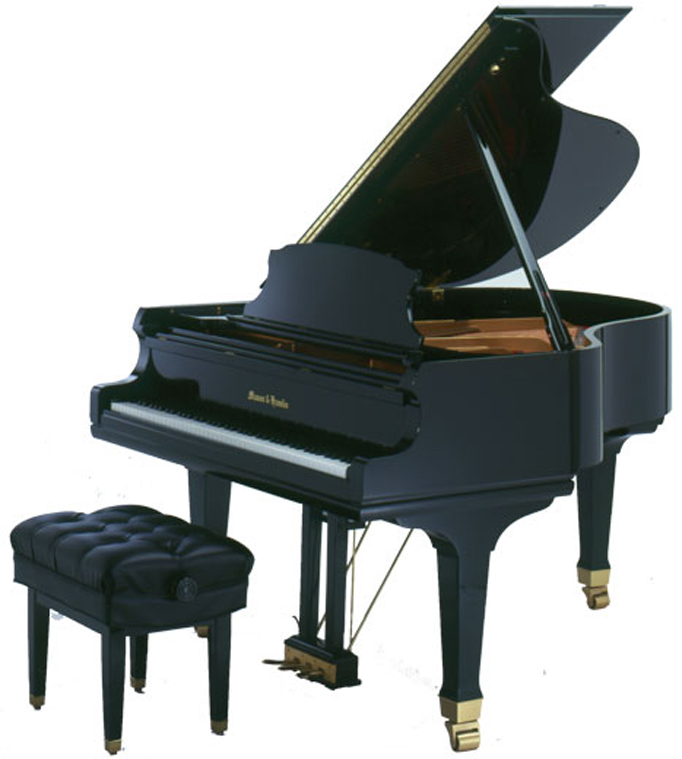 The Model A is widely considered to be the world's best grand piano under 6 feet.   Model A Specifications:... Learn More 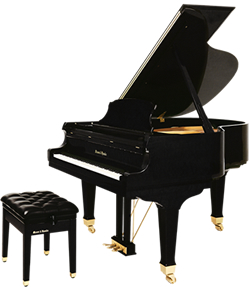 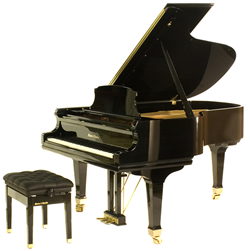 The Mason & Hamlin Model BB redefines what a 7-ft piano should be, with power and sonority usually reserved for concert grands. ... Learn More 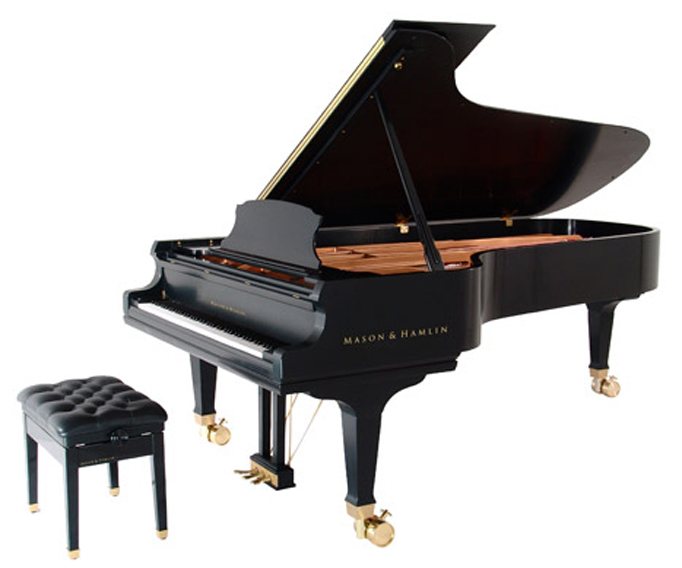 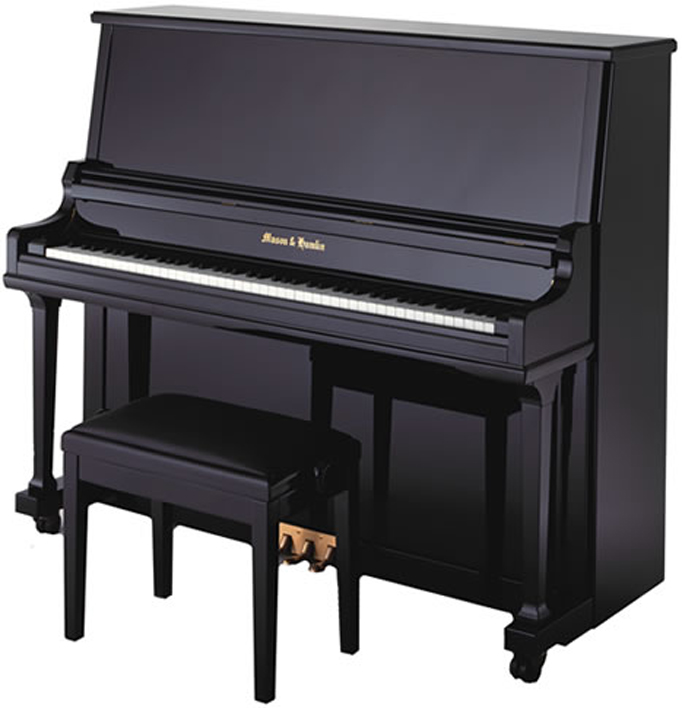 The Model 50 is Mason & Hamlin's professional upright—a handmade vertical piano that has the durability, tone and power of many grand pianos. ... Learn More