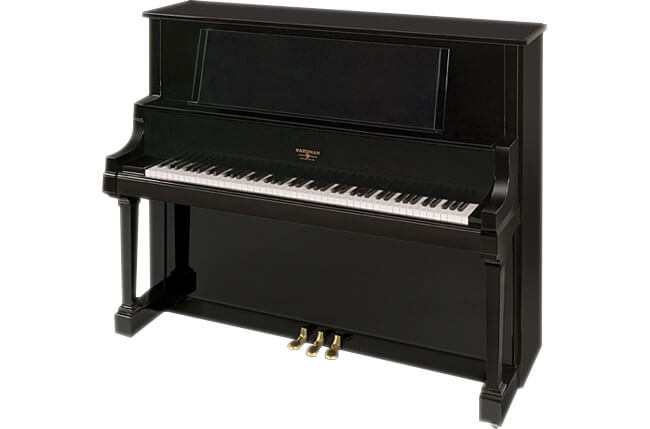 Hardman Peck was a piano manufacturer established in New York City in 1842 by Hugh Hardman. Hugh’s brother John joined the company in 1874, and Leopold Peck became a partner in 1890. In 1890 the name was changed to Hardman, Peck & Co. Hardman was considered one of the distinguished piano manufacturers of this era, with a worldwide reputation for the utmost in reliability. Hardman pianos were noted for their technical qualities, for their purity, delicacy, the artistic beauty of their cases, and for their remarkable durability. Hardman pianos were once the official piano of the Metropolitian Opera Company in New York. (Hardman Concert Pro Upright 52″)