BIG SAVINGS! Check it out! 我们说中文 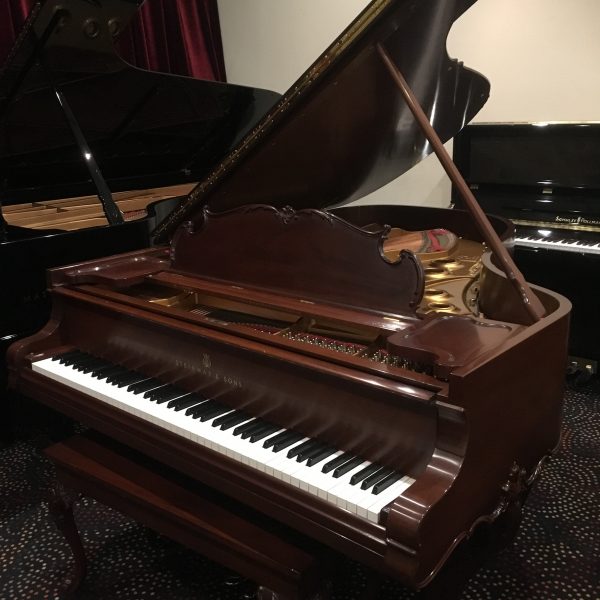 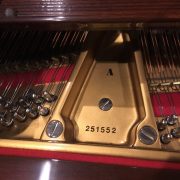 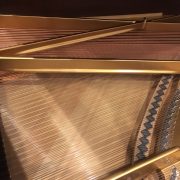 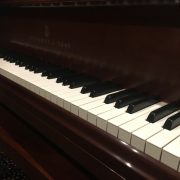 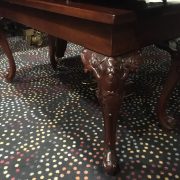 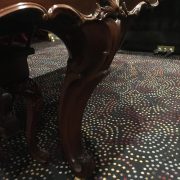 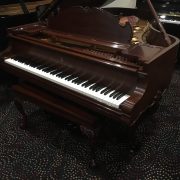 Steinway and Sons Model A Walnut Grand Piano bearing the serial number 251552: an example of the very finest craftsmanship.  This piano was originally created in 1926.  Hollywood Piano had this piano lovingly restored to its original specifications.

Steinway & Sons Model A The body measures 6’4″ long and approximately 5′ wide. It features a solid Sitka spruce soundboard. This model has solid wood construction throughout.

The case was refinished in a beautiful hand rubbed satin finish including the ornamental legs and music desk, the harp was enameled and embossed by hand.  The soundboard was refinished, the bridges and all wood related parts.  The strings were replaced as well as any action parts needed for optimum performance with Steinway parts.

Why are the new Hamburg Steinway pianos better? There are a number of reasons. First, craftsmanship in the German factory is at a much higher level today than in the New York factory. This was not always the case. Henry Engelhard (Steinweg) Steinway left Germany and the Steinweg Piano Company which he founded (Later known as Grotrian-Steinweg when Fredrich Grotrian joined Theodore Steinweg) and moved to New York founding Steinway & Sons anglicizing his name. He not only brought himself and his family but he also brought the workforce from Germany. They set up a place called Steinway Village in Queens, New York which at one time even had its own zip code. For a number of generations the emigrant families of that Village continued the Germanic tradition of piano apprenticing and building. Today that tradition exists in Germany, not so much in New York. That’s why over the last number of decades through four different corporate owners the new New York pianos were considered by experts, technicians and pianists to be below the quality of what many refer to as the “Golden Age” of Steinway pianos. That “Golden Age” was when there was still someone named Steinway overseeing the manufacturing not just a figurehead named Steinway.

Be the first to review “Steinway – Model A (Walnut)” Cancel reply