DID YOU KNOW..that Hollywood Piano was the largest Petrof piano dealer in North America for ten years straight from the mid 90’s to the mid 2000’s? After many years we will once again be featuring these incredible pianos exclusively for all of Southern California. Because of our profound relationship, we want to shine light on Europe’s number one producer of acoustic grand and upright pianos. Established in 1864 by Antonín Petrof in Hradec Králové Czech Kingdom, this is one of the oldest manufacturers still in business and one of a tiny few run by the original family. Prior to opening this company, Antonín was a student and learned the basics of grand piano making in Vienna at major piano manufacturing companies. Within a few years, Petrof learned the complete process of grand piano making and returned to his hometown in 1864. He built his first ever piano in the same year at his father’s joinery workshop and laid the foundation of Petrof company. The production of pianos in the small workshop was halted for a while in 1866 due to the Austro-Prussian battle. After the success of the initial production of grand pianos, Antonín Petrof moved the production from his father’s workshop to a larger manufacturing facility to increase the manufacturing of pianos in 1874. Along with opening new production firms, the company under Petrof banner started the manufacture of other types of pianos, the first upright piano was produced in 1883. 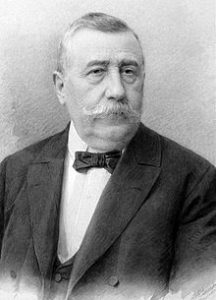 In the first decade of the 20th century, the second generation of Petrof family joined the company and eventually, the company turned to a limited company in 1908. With the growing demand outside of Europe, Petrof opened its subsidiary in London and in the next few years, Petrof started export of its pianos to China, Japan, Australia, and South America. The Petrof piano company’s growth followed an upward direction along with achieving many milestones. The musical instrument company won the Grand Prix gold medal in At the World Exhibition 1934 held in Brussels. 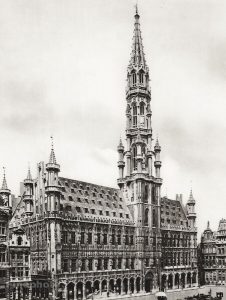 With the beginning of the second world war in 1939, the company’s pianos manufacturing was interrupted and like most European companies, it was also used for production-related to world war second and eventually taken over by the state and nationalized in 1948. Despite regulatory changes, the momentum of building a musician’s favorite piano was not slowed down. Petrof Pianos manufactured its one hundred thousandth piano in 1963. 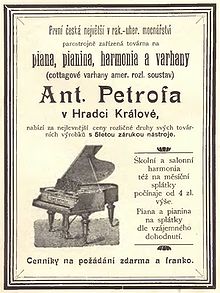 The company’s control was transferred to the 4th generation of the Petrof family in 1991 with privatization. This company privatization was started in 1991 and finalized in 1998 and finally, the control of the company transferred back to the hands of the 4th generation Petrof family in 2001. The Petrof company celebrated the legacy and achievements of more than a century on its 145th year of establishment with the fifth generation. Zuzana Ceralova Petrofova, who was in charge of the management and manufacturing, also held the chair of president of the European Federation of Music Instrument Manufacturer. In the row of achieving milestones in the manufacturing of pianos, the Petrof Piano company was awarded the Certification of European Excellence in 2007. 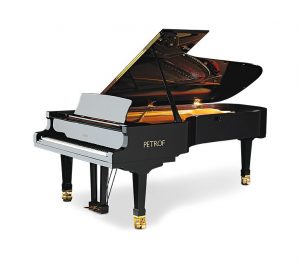 This company’s fame was spread globally with the export of its high-quality pianos, and to support its production and export, the company opened its subsidiary Petrof USA in 2008. Despite carrying the legacy of around 150 years, the company always believed in innovation and adopted new changes and technology which helped to refine and polish the existing mechanism of pianos. The company continued to launch new designs and types of pianos. In 2014, it launched a premium type of pianos under the brand name ANT. PETROF.Currently, Petrof Piano is a pioneer in piano manufacturing and the most sought-after piano producer globally. Many noted musicians appreciated the craftsmanship of Petrof Pianos. The fifth generation of the Petrof family is honorably carrying the century-long tradition of piano making and we encourage you to come check out this fine instrument at Hollywood Piano.